Slain Army Spc. Vanessa Guillén will have a memorial gate at the base where she is believed to have been killed named after her, Fort Hood officials have announced. Murals across Houston and the United States paying tribute to her began to go up days after the news confirming her death. Artists Roland Saldaña and Marcos Del Bosque created this Southeast Houston mural located along the back wall of Power House Gym Houston at Park Terrace Blvd. and Galveston Rd. 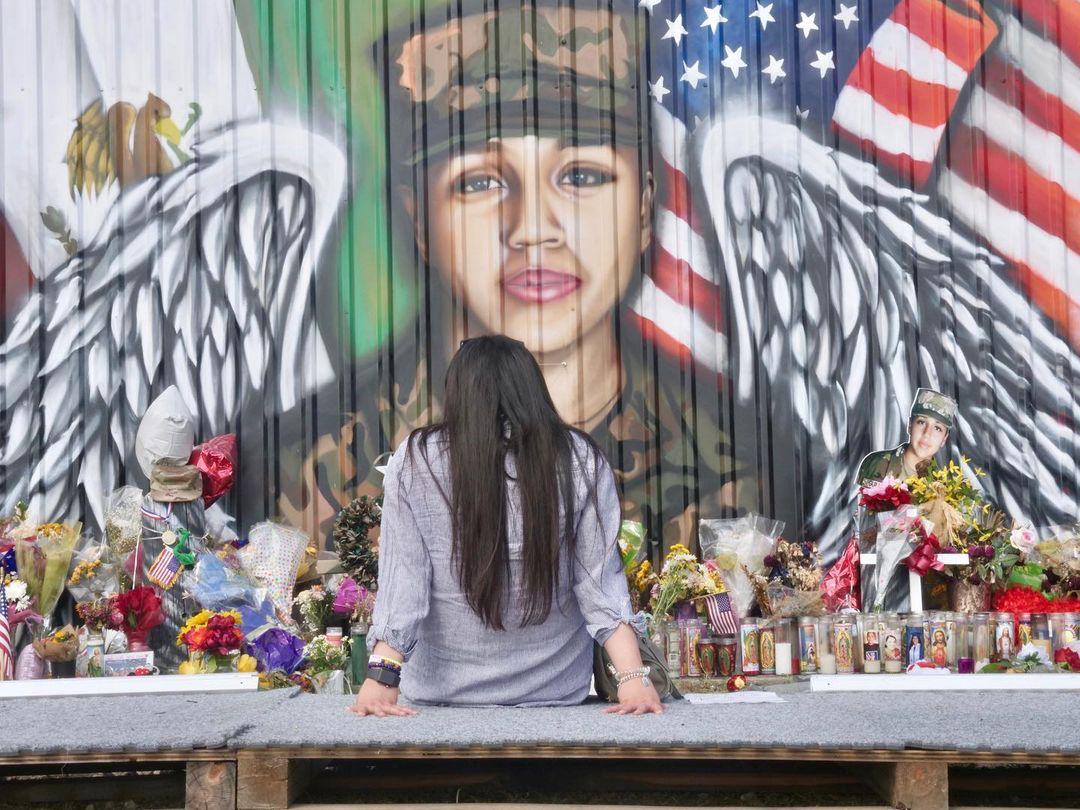 Captions
Karina Gonzalez spends a few moments alone at the mural in July to remember Vanessa Guillén. Fort Hood plans to honor the fallen soldier with a memorial gate at the base to be named after her. 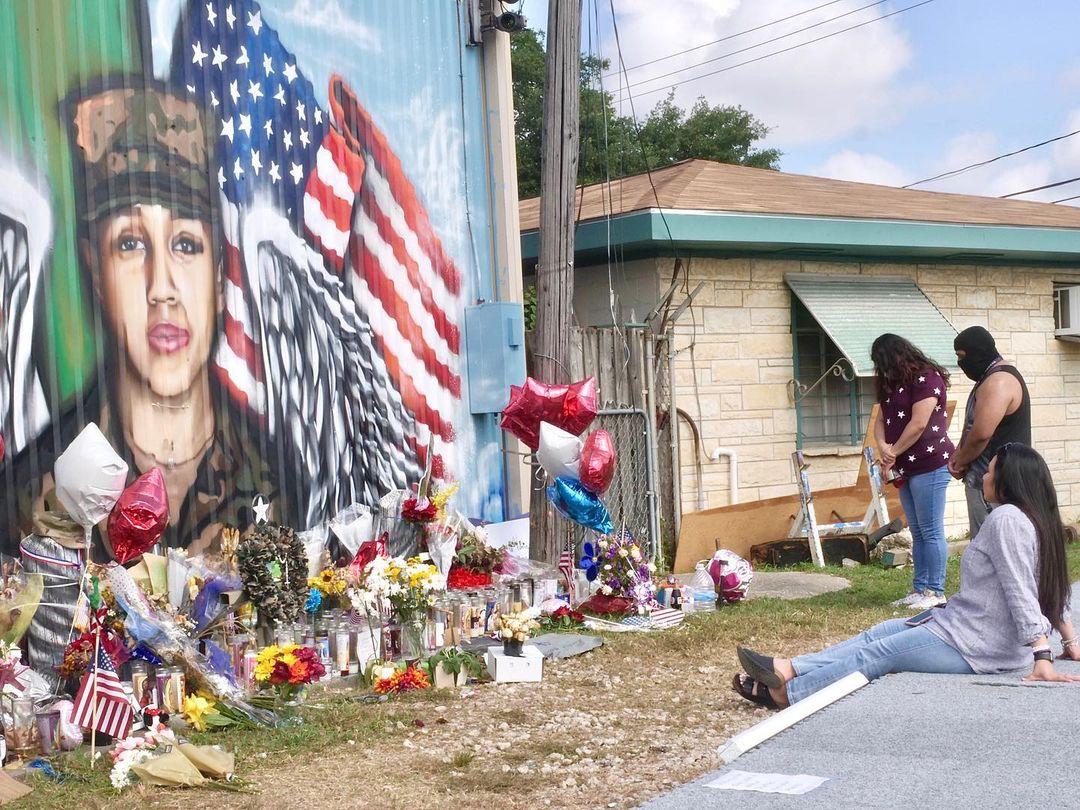 Captions
More visitors arrive to also honor Vanessa Guillén while Gonzalez continues paying her respects. Gym owner Luis Torres had the gray-carpeted platform built for visitors to sit or kneel for prayer or moments of silence. 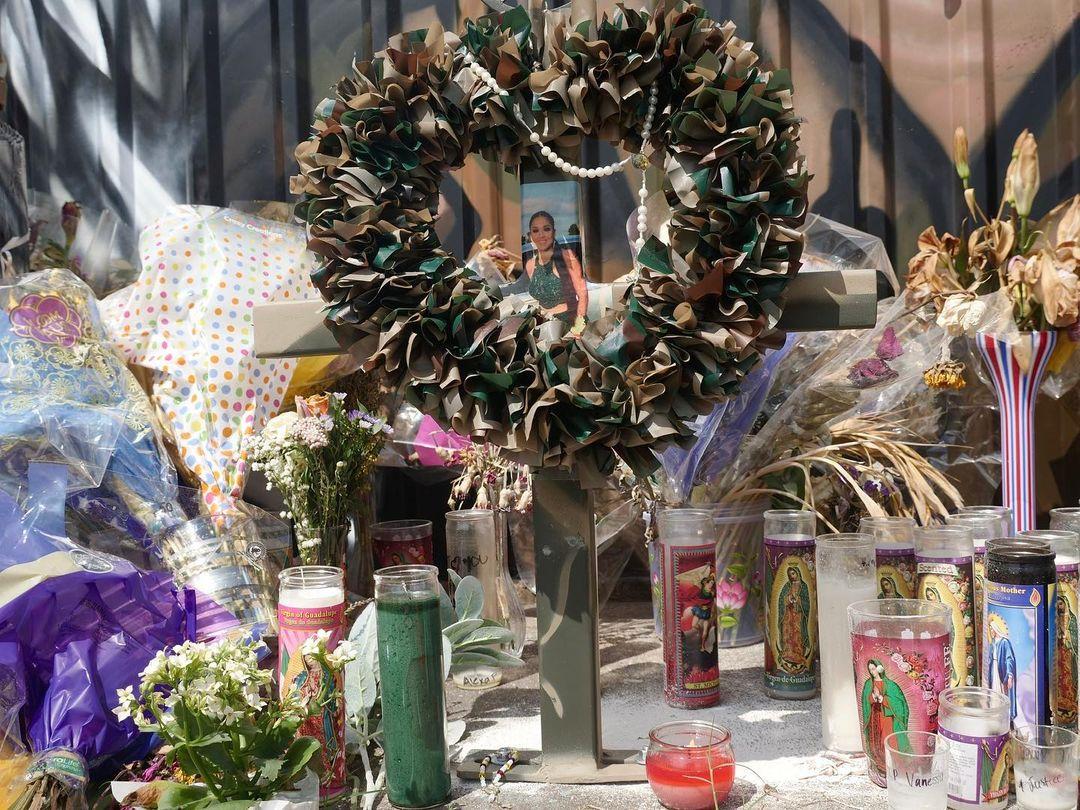 Captions
Candles are among the items mourners leave throughout the day. In the wee hours before sunrise, according to Torres, law enforcement officers stop by to relight candles that the wind has blown out. 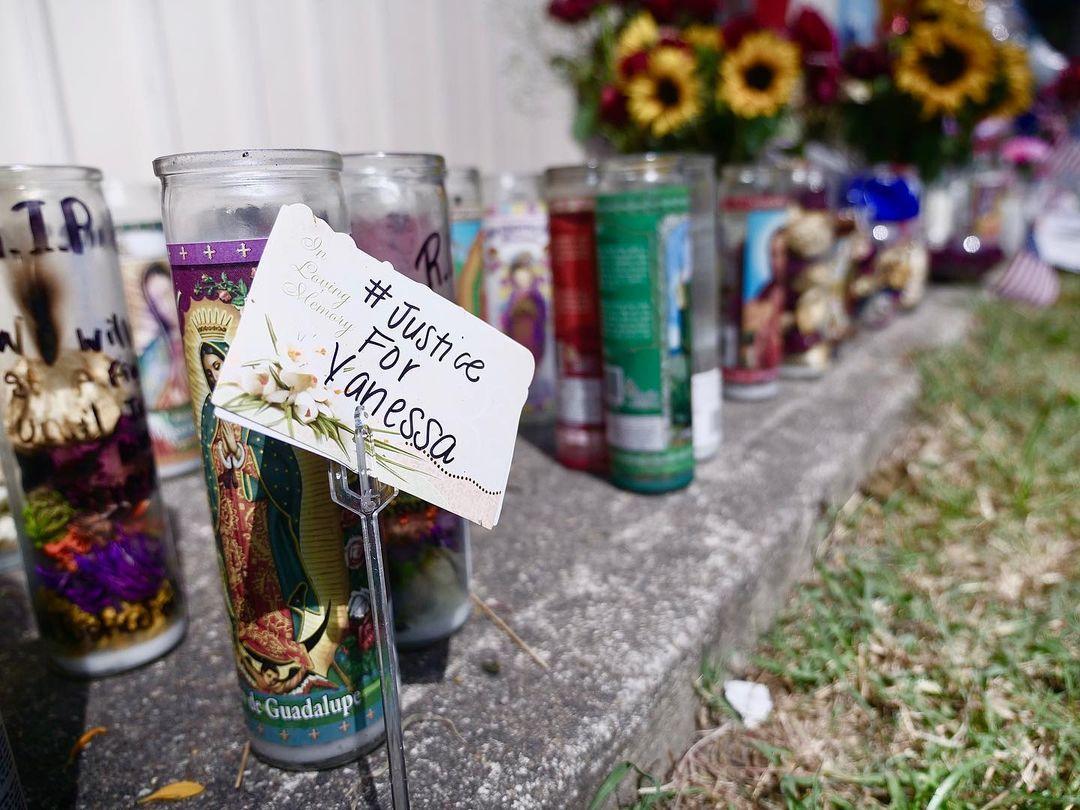 Captions
A Justice for Vanessa sign is one of many similar messages placed at the the mural. Just as murals sprang up to honor Vanessa Guillén so did calls to find answers and get justice for her murder.